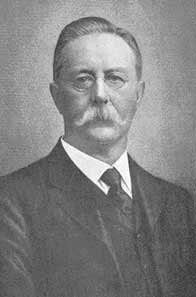 John E. Semmes was born on a farm near Cumberland, July 1, 1851. He was descended from a family identified with Maryland almost from its first colonization. His father, Samual Middleton Semmes was at one time judge of the Court of Appeals in Maryland. One of his uncles was the great Confederate naval commander, Admiral Raphael Semmes and another uncle was Commodore Guest who distinguished himself on the Northern side.

Mr. Semmes' early training and education were unusually diversified. Before graduating from the University of Maryland School of Law in 1874, he spent a year as a medical student at the University of Virginia. In 1874-76 he served as secretary and clerk for his uncle, Commodore John Guest, U.S.N. on the wooden frigate Brooklyn. 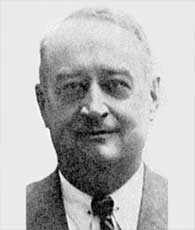 Jesse N. Bowen was a graduate of the University of Maryland Law Class of 1905. It was at the University of Maryland where he met the acquaintance of fellow law student John E. Semmes, Jr. After graduation he went to work in Mr. Semmes' father's firm of Steele & Semmes. In 1909, the two classmates became partners and the name of the firm changed to Semmes, Bowen & Semmes. Mr. Bowen was urged by Governor Ritchie to accept appointment to the Supreme Bench of Baltimore City, but he declined the offer. He was twice elected President of the Bar Association of Baltimore City, the only one who ever served two terms, 1924-26. 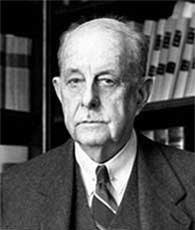 John E. Semmes, Jr. was born in Baltimore, Maryland in 1881. He was the son of John E. Semmes, Sr., a founding partner of Semmes, Bowen & Semmes. Mr. Semmes was a graduate of the University of Maryland Law Class of 1905. After graduation, Mr. Semmes joined the United States Marine Corps and served in the 1st Battalion, 6th Marines. In 1908 he left the Marine Corps and joined his father's law practice, then named Steele & Semmes. In 1909, he became partner along with Jesse N. Bowen, a fellow classmate of his at the University of Maryland School of Law. The firm reorganized under the name Semmes, Bowen and Semmes. Mr. Semmes served as Partner for 37 years and as Counsel for 21 years until his death on November 26, 1967.