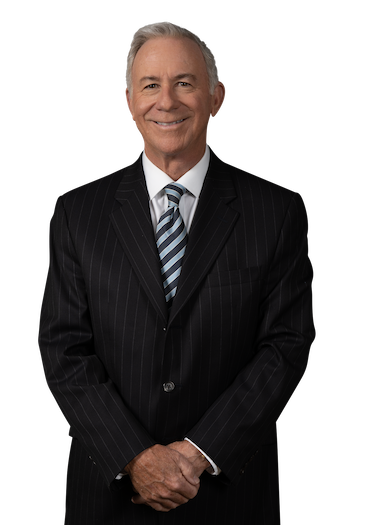 Richard W. Scheiner, a principal with the Firm, graduated from Wake Forest University in 1975 with a Bachelor of Science in Mathematics. While working for Crawford & Company as a liability claims specialist (1976-1981), he attended and received his Juris Doctor degree from the University of Baltimore School of Law, evening division, in 1981. Having joined Semmes, Bowen & Semmes as an associate in the litigation group in 1981, he was elected to full partnership with the Firm in 1989. Mr. Scheiner served as Chair of the Workers’ Compensation and Employers’ Liability Practice Group at Semmes, Bowen & Semmes from 2001-2006, and was a member of the Firm Management Committee from 2000-2016. In January, 2006, Mr. Scheiner was elected by the Firm to serve as the Chairman of Semmes, Bowen & Semmes, a position he held from 1/1/06-12/19/16. In December 2016, having served as Chairman for 11 years, Mr. Scheiner stepped down from the position and was elected Chairman Emeritus.

Mr. Scheiner’s practice covers the full range of civil litigation work, with an emphasis on defending Maryland and Federal (LHWCA) Workers’ Compensation claims, railroad (FELA) claims and personal injury litigation with special expertise in automobile and truck related claims, insurance coverage questions, toxic and hazardous substances cases, including mass tort litigation and general insurance litigation. Mr. Scheiner represents self-insured employers, insurance carriers and their insureds, and various trade associations and their members. He has served as outside counsel to the Maryland Transit Administration (MTA) for its complex and catastrophe litigation work. He is a frequent lecturer on workers’ compensation, insurance tort practices and jury reform and has consulted on and testified in Court on legal issues as an expert witness.

Mr. Scheiner achieved an A/V® rating from Martindale Hubbell®, the highest possible peer review rating for ethics and legal ability. He was rated by AVVO as a Top-Rated Lawyer (Superb Attorney Rating) for 2019-2023. Mr. Scheiner was selected as a Maryland “Super Lawyer” by Baltimore Magazine and Maryland Super Lawyers Magazine each year from 2007 – 2023.